8 replies to this topic

So far, I've been blown away by the way Destiny 2 is shaping up. The trailers were amazing, and it's sufficient to say that the reveal stream was more than we had ever hoped it would be.

I must admit however, this information has me concerned. I'm not talking about the particular implication of new weapon types introduced; Sub-Machine Guns and Grenade Launchers. These sound fantastic! Yes Bungo, give them to us please! I'm talking about the new weapon class overhaul.

It's pretty clear that the format of Primary, Special and Heavy weapons is not what we're going to get in Destiny 2. Instead, we're looking at a classification system in the form of Kinetic, Energy and Power weapons... which would be fine, if only the weapon types within the Power weapons category made sense together.

Kinetic weapons are basically Primary weapons (but now with the addition of Sidearms, and potentially Sub-Machine Guns as well; it hasn't been clarified whether SMG's are exclusive to the Energy weapon slot yet), while Energy weapons are just Kinetic weapons with elemental damage types applied to them (Arc, Solar and Void). Power weapons are majorly different though, consisting of Shotguns, Fusion Rifles, Sniper Rifles, Rocket Launchers, Grenade Launchers, Machine Guns and Swords. But where's the sense in that?

The Special Weapon types have never been on an even playing field with the Heavy Weapons. What I'm basically asking is this: Are Fusion Rifles, Sniper Rifles and Shotguns going to be buffed to be on par with Machine Guns, Grenade Launchers, Swords and Rocket Launchers? Otherwise, what reason would we have  to use the old Special weapons over the Heavy weapons? The damage delivered by any of these Special weapons is nowhere near the potential offered from the Heavy weapons, and the Heavy weapons also have significantly faster TTK's than any of those Special weapons. So again, what would be the point in using those against a weapon more applicable to the Heavy slot?

Now, something like a Sword I can understand. Swords are actually very risky: they require you to be up close and nimble. A well-rolled Sniper Rifle, Shotgun or Fusion Rifle could take a Sword with even odds. But unless you dramatically increase the potential offered by any of those weapons, they will never be on an even playing field with Rocket Launchers, Machine Guns and Grenade Launchers. This applies to both PVE and PVP. In PVP, you want a weapon that you can rely on consistently, so you're far more likely to choose a Rocket Launcher, Sword, Machine Gun or Grenade Launcher over any of the old Special Weapons. In PVE, you gravitate towards the weapon that dishes out the most damage, or clears mobs the quickest. Again, you're far more likely to gravitate towards these old Heavies rather than the Specials.

Heck, we've seen that Sniper Rifles have actually been made less effective than they were before. A Sniper Rifle in PVP now requires THREE BODY SHOTS TO GET A KILL. While this is good in some ways, since High ROF Sniper Rifles could easily take advantage of their two Body-Shot kill capabilities, why would you now choose a Sniper Rifle over any of the old Heavies? Similarly, why would use a Shotgun which requires close range and high impact for you to get a kill, when you can simply lob some Grenades at an enemy instead?

There's not a problem with putting these weapon types together, but they absolutely NEED to be on par with each other if we're going to get any use out of them. I'd love to switch between all the different Power weapons, but I don't plan on handicapping myself with three different weapon types that have no practical application.

I understand your concern.  I think it's too early to be concerned about something we haven't even got our hands on.  But you have to consider the developers are smart people (contrary to popular belief

) and they've been working with this for a long time.   Also, the weapon balance as you are used to today, may not be how it is in D2.

I am excited about the new format. There have been many games I've ran a Hand Cannon, but wish I had a Scout as a back up for some of the longer range engagements.  Now I can.

I have my questions and worries.  How will the power ammo economy affect my game.  ALL the one shot kill weapons are now "power" weapons with limited ammo.  Listening to Crucible Radio podcast, the amount of ammo you get is in line with the weapon. I.e. rocket launcher you got on rocket. Shotgun, you got 8 shots, etc.  They said the grenade launcher is a two shot kill weapon and your get 4 or 5 shots from a power ammo drop.   If you're going to use it, you need to make sure your shots are on target. But they are also designed to soften the opponent so your team can get clean up kills.  At least on the Countdown mode, your individual kills were not tracked.  It was how many you defeated, kills and assists.  I'm not sure if they will be across the board, or just this mode.

Things I'm worried about is the new 4v4 format for all crucible game modes.  Will I be able to adapt?  Will the new format require so much collaboration that you should go in with a full fire team of 4 instead of soloing the Crucible?  The Crucible is going to completely different from what were used to.

Variety. As far as the reclassification goes, I'll just have to wait and see after playing for some time how it will all work out. I like the additional options for weapon types to give more variety and choices for loadouts. I am also hesitant regarding the 4v4 format. It will allow for better games connection-wise but it will also require more skill it seems like to do well. But we'll have to wait and see how the combination of changes works out. I'm really excited though.

Also, as a self-admitted horader, I am wondering how the additional weapon types will affect the ability to store things as well.

Also, as a self-admitted horader, I am wondering how the additional weapon types will affect the ability to store things as well.

Well, you have no vault.  So.... It's whatever you can keep in your backpack. 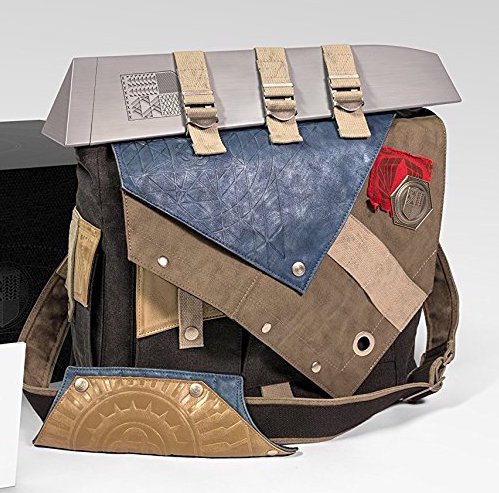 Well, you have no vault.  So.... It's whatever you can keep in your backpack.

My feeling is that most changes to the game mechanics, including those weapons modifications, have been made for PvP.

And for that point it seems they did a great job and reached their objectives of balance and fixed most problematic points of D1 (stickies, titan speed with skating, one-shot kill weapons, ammo economy, supers, specials-in-primary-slot, etc). I'm not sure I'll like the PvP though as they designed it slower than now with increased ttk, and I'm enjoying much more the fast pace of Titanfall than this annoying slow pace of Destiny-empty-2-clips-of-autorifle-into-someone-that-still-doesn't-die...

However, I hope they balanced PvE very very well and we won't get 1 hour bullet-sponge-boss fights with only primary weapons and no power ammo. We'll have to rethink our raid strategies as now it's impossible to have a sniper AND a "heavy" equipped. Having 2 primaries won't make the fight easier unless they completely changed the mechanics...

The other concern I have about PvP is the learning and the fun factor: snipers, shotguns and fusions  can be fun to use but they all require a learning curve (for me the most difficult is the sniper). With the new ammo economy, with only the one taking the power ammo actually getting some ammo (like 4 sniper rounds), if you're new to the game or not already very good with that weapon, there's virtually no chance of learning and improving. Note that it's the same with the currently really bad ammo economy in D1.

I can see snipers being heavy if they are a lot more powerful, but shotguns and fusions I don't get it. But its like you guys said we havnt played it yet and maybe it will make since.

The only Problem I've got with that is that I love sniping and I guess you won't get sniper ammo that much...

The only Problem I've got with that is that I love sniping and I guess you won't get sniper ammo that much...

Agreed. So help me, I'd better get more ammo drops for my Fusion Rifle or Sword. Otherwise we'll have to be just as conservative as we are currently with Heavy ammo.

Back to Armory
Reply to quoted posts     Clear